At Least 235 Killed in Mosque Attack in Sinai, Egypt

By The Wall Street Journal –

At least 235 people were killed and 109 injured when gunmen armed with explosives attacked a Sufi-linked mosque in Egypt’s restive Sinai Peninsula, according to officials quoted by the state media, the deadliest assault in the country’s modern history.

The assailants detonated a bomb at the Al Rawda mosque in the town of Ber al Abd, west of the city of al-Arish, state media said, before firing at people trying to flee. Several ambulance vehicles were fired upon as they tried to ferry the injured from the scene, state television said.

No group immediately claimed responsibility for the attack. The Egyptian branch of Islamic State regularly stages assaults in Sinai, and is active in al-Arish. A string of terrorist attacks have hit the sparsely populated province since 2013, mostly targeting policemen and army troops. Violence against Coptic Christians has also increased.

The attack is likely to heap political pressure on Egyptian President Abdel Fattah Al Sisi, who came to power vowing to take a harsh stance against extremism but has failed to halt regular attacks across the country, particularly in Sinai.

“This heinous act, which reflects the inhumanity of its perpetrators, will not pass without a firm and once-for-all punishment,” said Mr. Sisi.

The president declared three days of mourning and will meet with a panel of top security officials and intelligence chiefs to assess the attack, state media said. Images of corpses wrapped in blood-soaked fabric and laid down inside the mosque were broadcast by state media.

If claimed by Islamic State, the assault is likely to highlight the significant threat the group poses in countries where it has a foothold even as it is squeezed out of its onetime strongholds. Syrian regime and Western-backed forces have routed the group in Syria and Iraq in recent months, but it remains a potent force in Egypt and neighboring Libya.

Mr. Sisi warned earlier this month that Islamic State militants would make their way from Syria and Iraq to Libya, and then on to Egypt. In Iraq, Islamic State now controls just a desert area of Anbar province near the Syrian border. In Syria, the Sunni Muslim militant group maintains a small chunk of territory near the Israeli-controlled Golan Heights. 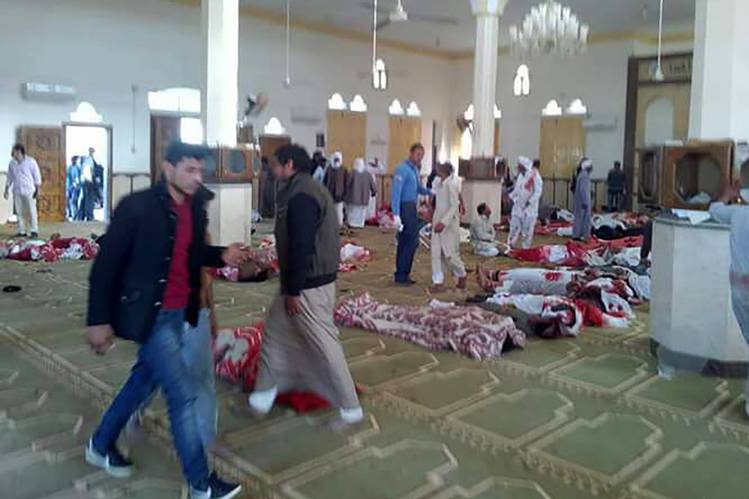 Any new recruits would further complicate Egyptian efforts to eradicate Islamic State’s arm in the country, known as Sinai Province.

Local residents in Sinai said the mosque attacked Friday is associated with Sufism, a mystical branch of Islam dubbed heretical by extremists. Though not the first to target Sufis in Egypt, Friday’s attack is the deadliest known recent assault there against its followers.

Official figures for the size of Egypt’s Sufi population aren’t available, but the sect is estimated by experts to amount to roughly 15% of the country’s nearly 100 million people. Believers venerate dozens of icons.

Sinai Province was created by roughly 1,000 jihadists who were part of a group previously known as Ansar Beit al-Maqdis. That group pledged allegiance to Islamic State in November 2014. It claimed responsibility for blowing up a Russian jet in 2015, killing all 224 people on board.

Fighting between Sinai Province militants and Egyptian forces in the peninsula has increased in recent weeks as Islamic State’s territory elsewhere has diminished. Egyptian armed forces this week said they had killed at least three suspected militants and arrested dozens of others in a major operation.

Israeli and Palestinian authorities say they are monitoring the recent clashes in neighboring Sinai. The Israeli army this week said one of its soldiers on the border was injured from fire that spilled over.

“We must all stand together against radical Islamist terror in all its forms,” tweeted Gilad Erdan, Israel’s public security minister. “We must tolerate it nowhere, and fight it everywhere.”

Egypt and Israel’s shared concern about Sinai has sparked deeper security cooperation between the two countries. Israel in recent years has let Egypt bring more sophisticated weapons into Sinai than allowed under their 1979 peace treaty. It has also launched drone strikes against militants to help Egyptian forces, according to Israeli media.

Israeli officials continue to express concern that Egyptian forces are waging a conventional battle against Islamic State militants in Sinai when they instead need to secure the support of its population by investing in economic development in the territory and promoting a policy of counterinsurgency.

Though Egypt has killed scores of militants in recent years, Sinai Province has been adept at recruiting more extremists. It also has hit Egyptian forces based at checkpoints and in towns before fleeing again to its strongholds in rural areas.

Militants in Sinai also in recent years have benefited from a relationship with Hamas members in the Gaza Strip, at times receiving weapons, training and medical treatment. 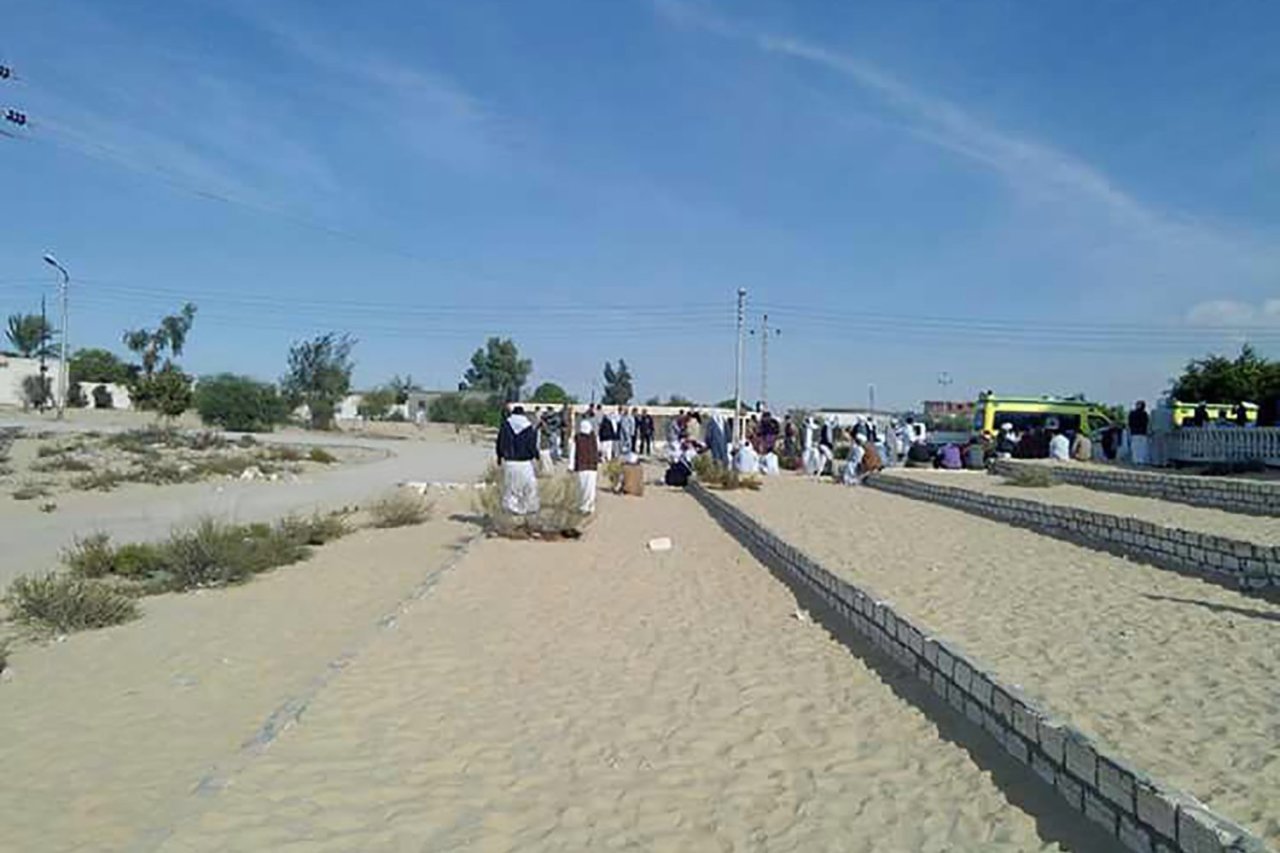 Egypt’s concern about Sinai Province in part forced it to change its approach to Hamas. After winning power in a coup in 2013, Mr. Sisi led an economic squeeze of Hamas in concert with Israel that in part prompted the 2014 war in Gaza. But Hamas agreed earlier this year to sever ties with the extremists in Sinai in order to build a relationship with Cairo.

The series of recent attacks by Sinai Province also forced the cancellation of a planned four-day opening last month of the Rafah crossing from Egypt into the Hamas-controlled Gaza Strip.

Egypt is currently brokering reconciliation talks between rival Palestinian factions Hamas and Fatah. The Fatah-led Palestinian Authority this month took over control of the Rafah crossing, and is expected to open the entryway next week.

The Palestinian negotiations followed an agreement between Egypt and the Islamist movement that rules the Gaza Strip to sever ties with the extremists in Sinai.

By Dahlia Kholaif in Cairo and Rory Jones in Tel Aviv

A Polarized Egypt Heads to the Polls for Vote on Constitution